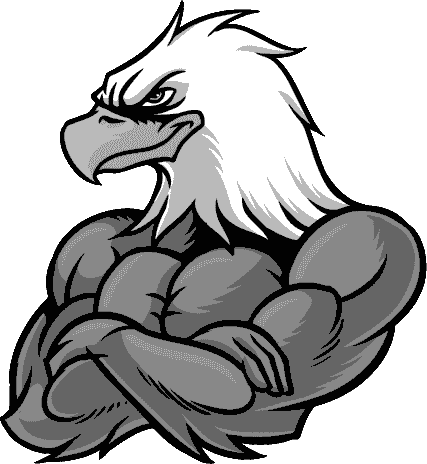 Are you looking to play football this season? You found the right place! At SOAR Athletics we focus on core fundamentals and the development of ALL our players. Our players will receive the best coaching and skills training available while building the confidence to succeed in everything life!

SOAR Athletics is proud to welcome GERALD BRYANT to the SOAR Family! Gerald is now the President of Football Operations for SOAR Football Academy.

Logistics Officer. He also served as a police officer in Atlanta, Georgia and Manatee County Florida. Coach Gerald currently works with his family at Alexander Mechanical Inc, here in North Kansas City and is the Owner of the Anytime Fitness Gym in Topeka, KS. Coach Gerald joins the Eagles after coaching 3 years with the Charger’s organization from the North

Suburban Youth Football Team. Coach Gerald hails from Sarasota, FL where he grew up playing little league football for the Ringland Redskins. Playing his youth league football from age 8-13 and then Junior High football at McIntosh Jr high. He played his High school football at Sarasota High and

continued his career at Florida Memorial on a Division II scholarship. After one year he left and walked onto Florida State football team making it to the Scout Team. Coach Gerald began his coaching career as a little coach in 1997 in Snellville, Ga with the Brookwood Broncos just outside of Stone Mountain, Ga. After coaching 2 years he moved and began coaching in

Orlando, Florida for Central Florida Youth Football program. Being in the military Coach Gerald moved again and took up his career with the American Youth Football League in Bellechase in New Orleans, LA.

In 2005 he landed in Hoover, Alabama where he learned from one of the best high school football coaches in the country, Josh Niblet of Hoover Bucs Football.

SOAR Athletics is proud to welcome Steve Martin to the SOAR Family! Steve will be serving as the Assistant Director of SOAR Football Academy, working closely with our Co-Founder, Robert Austin and our President of Football Operations, Gerald Bryant to continue building our football program with the same traditions and focus of all the programs and sports within SOAR Athletics. Steve brings his life long experiences and expertise in youth sports, high school and collegiate sports and coaching, NFL career, and most important, life.

Steven Martin was born May 31, 1974 to Henry and Dorothy Martin in St. Paul

Minnesota. The family moved to Jefferson City Missouri in 1975 until his parents divorced in 1983 when Steven moved back to Minnesota with is mother and brother Matthew and Sister Cindy. Steven then moved back to Missouri in 1989 where he became a part of the legendary football program in Jefferson City Missouri under Pete Adkins. He finished his high school career with 3 state titles and 1 semi championship runner up in his 4 years there. He received All-State and all-American honors at Jefferson City. He then went on to the University of Missouri Columbia where he was a four-year starter with the first 2 under Bob Stull, and his last 2 under Larry Smith. He was 3 time All Big 8 and received Defensive MVP and Team MVP his senior year. He was then drafted into the NFL as the 171 st pick in the 1996 draft. Steven then had 9 credited seasons in the NFL with the Colts, Eagles, Chiefs, Jets, Patriots, Texans, and Vikings.

"After playing 10 years in the NFL and observing every aspect of the game on every level, I have noticed the lack of attention to fundamentals. Players are studying longer and harder but not achieving the desired performance that is demanded on the next level. It is essential that players understand how to make their bodies achieve un-natural positions against their natural instincts. We must retrain these instincts."

Since retiring Steve and his family has made Kansas City (northland), his home. He has spent countless hours volunteer coaching for youth football organizations for over 16 years and is in his 3rd year coaching at Park Hill South High School.

Our focus is on guiding our youth ages 5 to 14 to build character, sportsmanship, self-confidence and learn responsibility & teamwork in a competitive environment while gaining a strong sense of community.  The goals of the program are to develop a sense of achievement, leadership skills, and a positive self-image for all participants. SOAR Football provides a safe, structured and secure environment for the children to learn these life skills. Our goal is to teach the fundamentals of football and Cheer leading in an atmosphere where fun is the primary goal

Be a part of a NEW tradition

SOAR is one of the fastest growing youth sports organization in Kansas City. SOAR puts the important things first. If you are looking for something new and to be a part of creating a new tradition. Click the link below to register on the league website.